The focus of the joint project between the University of Bayreuth, TU Dresden, Helmholtz Centre for Environmental Research, Senckenberg Gesellschaft für Naturforschung and the National Park Bayerischer Wald lies on the investigation of reasons for the changes in DOC concentrations in the streams in the national park. The background for these investigations is the continuous increase in DOC concentration in recent years in many catchment areas in the northern hemisphere. This has negative effects on aquatic ecosystems and their use, e.g. in drinking water treatment.

The working package at the Departement of Hydrology of the University of Bayreuth aims to understand mechanisms influencing DOC export and mobilization with the focus on topography.

Our goal is to identify differences in DOC mobilization between riparian zones and steep hillslopes in terms of hydrological conditions in order to detect areas of mobilization and preferential flow paths of DOC.

By following an intense measuring campaign, with both continuous measurements and measurements of specific events, we intend to establish a comprehensive topographic and hydraulic characterization of the catchment. 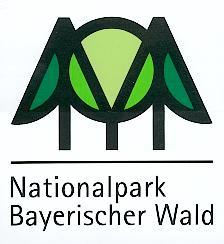